Are You Losing Business By Not Advertising on Pinterest?

Ask anyone who’s been a regular internet user for the past few years and they are familiar with Pinterest. This idea aggregator has captured the interests of our grandmothers and children in a fascinating way. Unlike other social media channels who’s appeal ebbs and flows – especially within the Millennial marketplace – Pinterest seems to have a captivating hold over everyone using the internet, even if it skews slightly female. That being said, what about advertising on Pinterest? As a business, should I be there? What if I don’t sell products I think are relevant?

According to a Fall 2016 release by Pinterest, over 150 million people are active on the social media platform every month, 70 million of those are in the US. This is 50% growth from 2015’s 100 million users. While Facebook still owns a large majority of the social market, Pinterest is capturing a growing market of digital users. Pew Research Center released a study based on 1,520 adults’ social internet habits. 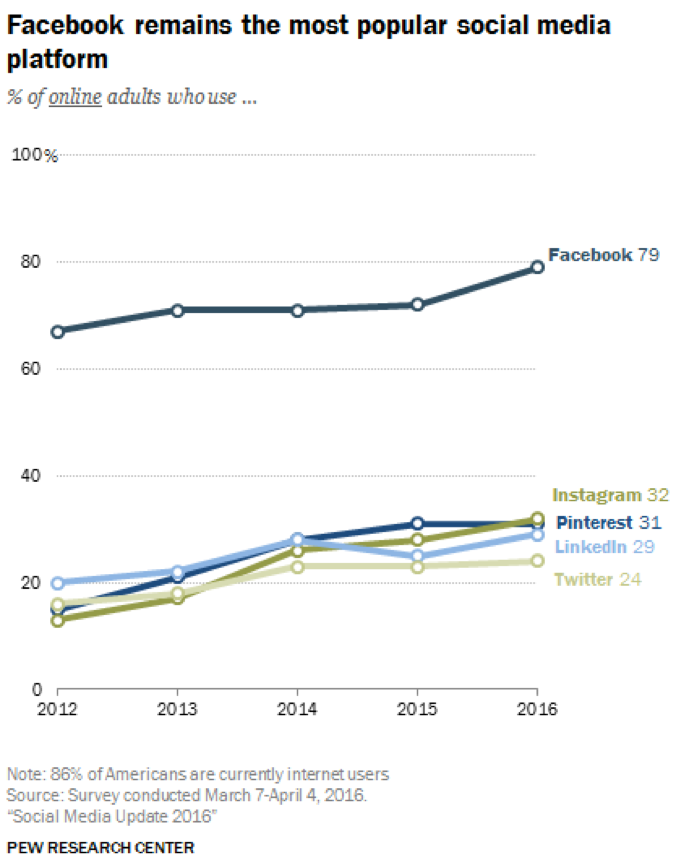 Though Facebook is capturing more users, we know that adults are active on more than one social media platform. Advertising on Pinterest offers the ability to promote your products in a non-disruptive way – users can save them just like other pins – can you envision kids creating Pinterest Boards for Christmas lists and Wedding Registries using promoted pins? The fact is it’s already happening.

Pinterest touts their ability to show your content as ‘natively’ as possible. Your online advertisement looks and feels natural to a user engaging with the engine. Because users can pin a ‘promoted pin,’ your message spreads further – think sharing or commenting on a Facebook ad. That pin is now part of someone’s board and is visible to that user’s network. Pins also last forever, so what you put out there could potentially yield results in the short and long term. The ability to pay on a cost per click basis has also captured more digital advertisers hoping to spread budgets as far as possible by advertising on Pinterest.

What if I have a limited budget though? Shouldn’t I invest that money in Facebook if the audience is larger?

The same study by PEW Research Center also measured how social users interact with other platforms. If 68% of all Americans are using Facebook, it’s substantial enough to see that 36% of those people are also using Pinterest and vice versa, 92% of Pinterest users are active on Facebook. With a competitive and saturated Facebook advertising marketplace, isn’t it worth the benefits of being an early adopter in Pinterest? 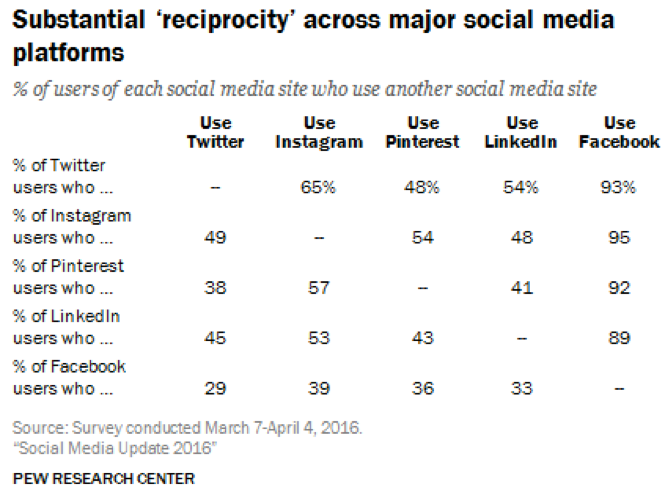 You’ve heard it time and time again, but these numbers illustrate the continued importance of a diversified digital advertising strategy. It’s more important than ever to ignore the ‘biggest is best’ adage and shift budget to hit users across the online platforms they frequent the most. Unique digital advertising options allow you to take advantage of different messaging and targeting strategies between each online channel. Find users further down the funnel actively searching in Google, interrupt their search for news and updates in Facebook and help inspire their creativity in Pinterest. The best advice is to get out there and test…that’s the beauty of digital advertising anyway! 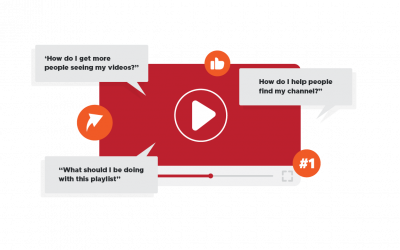